Please enter a search query
For example: "stairway landing"
Feedback
All feedback is helpful! Submit this form or email us at feedback@up.codes and we'll reply as soon as possible.
Cancel
Submit
Submitted
Thank you!

Upgrade to Premium
Filter by topic: View a consolidated view of relevant sections tailored to your project.

Upgrade to Premium
Bookmarks: Save and quickly access sections most relevant to your project.

Upgrade to Premium
Amendment styling: Highlight changes enacted by your local jurisdiction. Never miss important differences made to the code.

Unlock more than 2,000 illustrated sections to help apply the code.
Start 2-Week Free Trial
Have an account? Sign in

Part 2 of the NYStretch Energy Code 2020
ADOPTS WITH AMENDMENTS:

Informative Appendix B (Retained for Future Use)

Heads up: There are no amended sections in this chapter.

Certain terms, abbreviations, and acronyms are defined in this section for the purposes of this standard. These definitions are applicable to all sections of this standard. Terms that are not defined shall have their ordinarily accepted meanings within the context in which they are used. Ordinarily accepted meanings shall be based on American standard English language usage as documented in an unabridged dictionary accepted by the adopting authority.

Baseline building source energy: the annual source energy use in units of BTU for a building design intended for use as a baseline for rating above-standard design or when using the performance rating method as an alternative path for minimum standard compliance in accordance with Section 4.2.1.1. 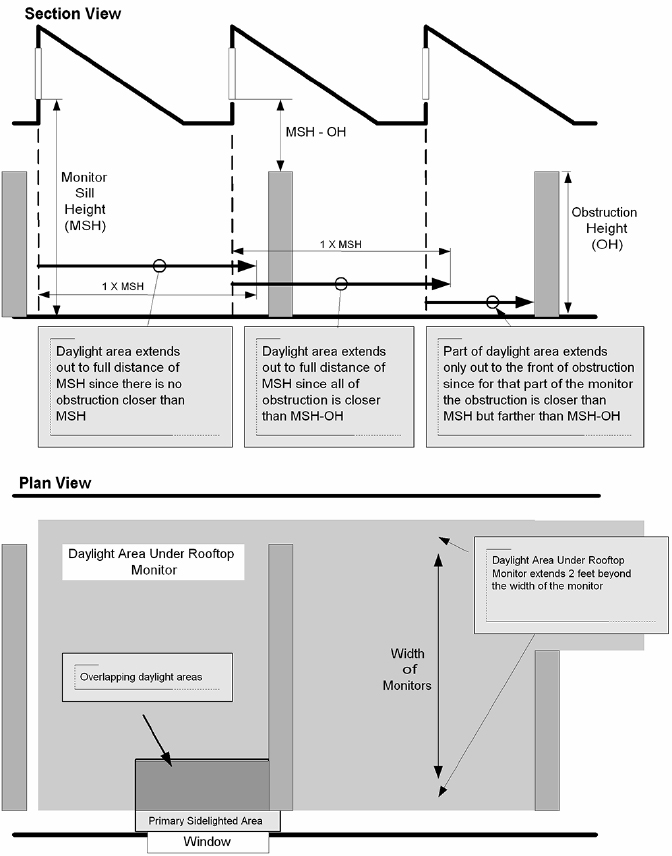 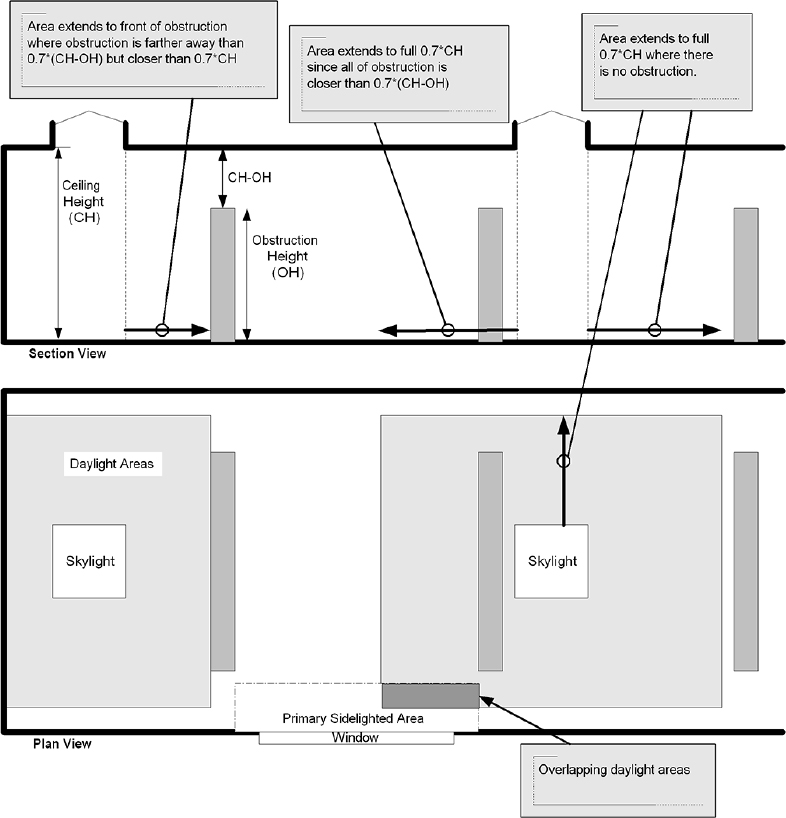 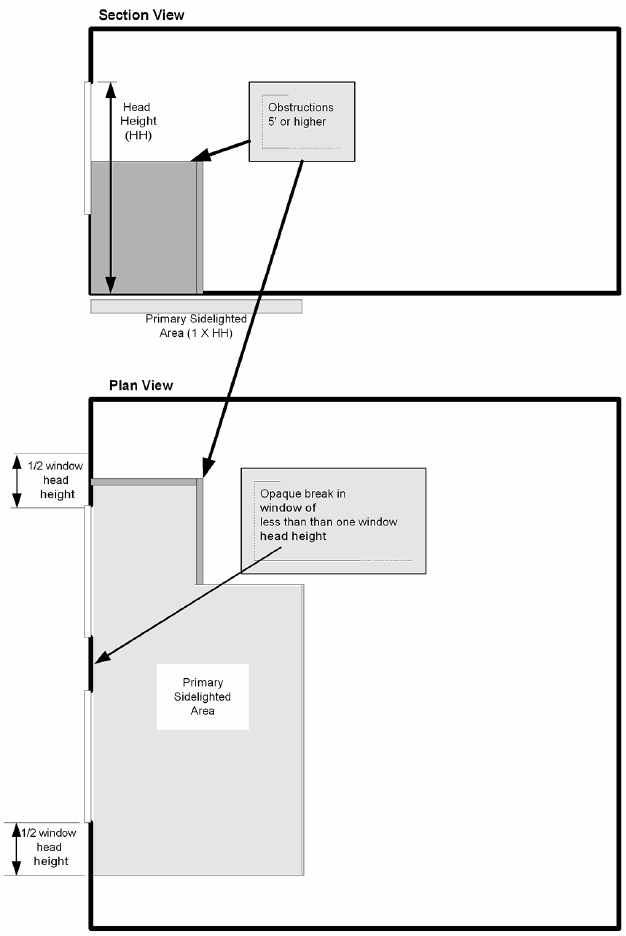 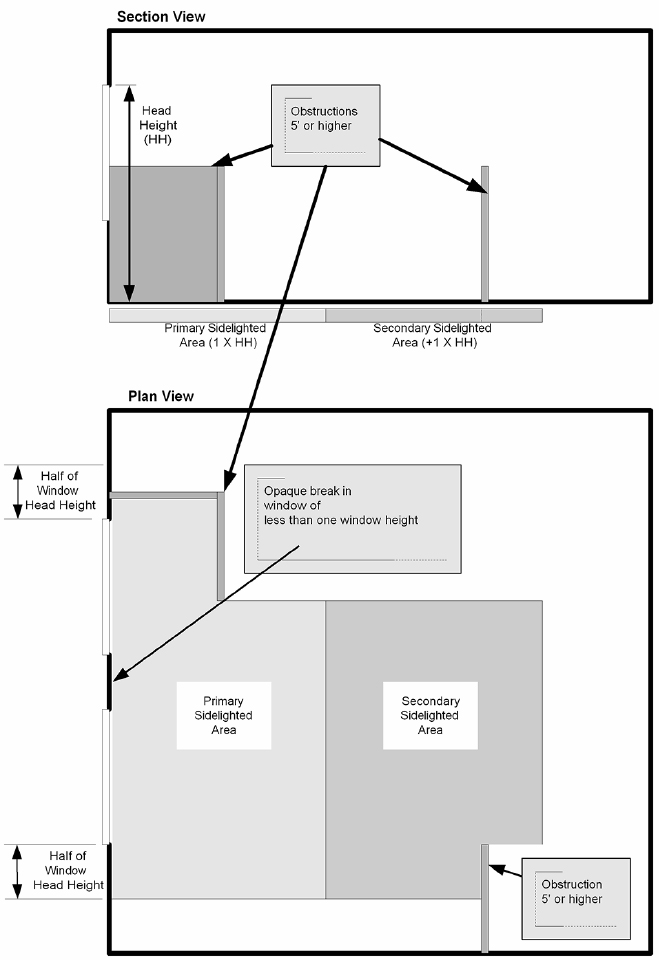 on-site renewable energy: energy generated from renewable sources produced at the building site.
opaque: all areas in the building envelope, except fenestration and building service openings such as vents and grilles. (See building envelope and fenestration.)
operable: see vertical fenestration.
optimum start controls: controls that are designed to automatically adjust the start time of an HVAC system each day with the intention of bringing the space to desired occupied temperature levels immediately before scheduled occupancy.
orientation: the direction an envelope element faces, i.e., the direction of a vector perpendicular to and pointing away from the surface outside of the element.
outdoor (outside) air: air that is outside the building envelope or is taken from outside the building that has not been previously circulated through the building.
overcurrent: any current in excess of the rated current of equipment or the ampacity of a conductor. It may result from overload, short circuit, or ground fault.
P
packaged terminal air conditioner (PTAC): a factory-selected wall sleeve and separate unencased combination of heating and cooling components, assemblies, or sections. It may include heating capability by hot water, steam, or electricity and is intended for mounting through the wall to serve a single room or zone.
packaged terminal heat pump (PTHP): a PTAC capable of using the refrigerating system in a reverse cycle or heat pump mode to provide heat.
party wall: a fire wall on an interior lot line used or adapted for joint service between two buildings.
performance rating method: a calculation procedure that generates an index of merit for the performance of building designs that substantially exceeds the energy efficiency levels required by this standard or when using the performance rating method as an alternative path for minimum standard compliance in accordance with Section 4.2.1.1
permanently installed: equipment that is fixed in place and is not portable or movable.
photosensor: a device that detects the presence of visible light, infrared (IR) transmission, and/or ultraviolet (UV) energy.
piping: the pipes or tubes interconnecting the various parts of a fluid distribution system, including all elements that are in series with the fluid flow, such as pumps, valves, strainers, and air separators, but not including elements that are not in series with the fluid flow, such as expansion tanks, fill lines, chemical feeders, and drains.
plenum: a compartment or chamber to which one or more ducts are connected, that forms a part of the air distribution system, and that is not used for occupancy or storage. A plenum often is formed in part or in total by portions of the building.
pool: any structure, basin, or tank containing an artificial body of water for swimming, diving, or recreational bathing. The term includes, but is not limited to, swimming pool, whirlpool, spa, and hot tub.
power roof/wall ventilators (PRV): a fan consisting of a centrifugal or axial impeller with an integral driver in a weather-resistant housing and with a base designed to fit, usually by means of a curb, over a wall or roof opening.
power usage effectiveness (PUE): computer room energy divided by IT equipment energy calculated in accordance with industry-accepted standards (see Informative Appendix E).
power usage effectiveness—category 0 (PUE0): peak electric demand (kW) for the entire computer room, including IT equipment and supporting infrastructure, divided by peak electric demand (kW) of the IT equipment.
power usage effectiveness—category 1 (PUE1): annual energy consumption (kWh) for the entire computer room, including IT equipment and supporting infrastructure, divided by annual energy consumption (kWh) of the IT equipment.
process energy: energy consumed in support of a manufacturing, industrial, or commercial process other than conditioning spaces and maintaining comfort and amenities for the occupants of a building.
process load: the load on a building resulting from the consumption or release of process energy.
projection factor (PF): the ratio of the horizontal depth of the external shading projection divided by the sum of the height of the fenestration and the distance from the top of the fenestration to the bottom of the farthest point of the external shading projection, in consistent units.
proposed building performance: the annual energy cost calculated for a proposed design.

where "Vertical Fenestration VT" is the visible transmittance of vertical fenestration as determined in accordance with Section 5.8.2.5.
simulation program: a computer program that is capable of simulating the energy performance of building systems.
single-line diagram: a simplified schematic drawing that shows the connection between two or more items. Common multiple connections are shown as one line.
single-package vertical air conditioner (SPVAC): a type of air-cooled small or large commercial package air-conditioning and heating equipment; factory assembled as a single package having its major components arranged vertically, which is an encased combination of cooling and optional heating components; is intended for exterior mounting on, adjacent interior to, or through an outside wall and is powered by single or three-phase current. It may contain separate indoor grilles, outdoor louvers, various ventilation options, or indoor free air discharge, ductwork, wall plenum, or sleeve. Heating components may include electrical resistance, steam, hot water, gas, or no heat, but may not include reverse-cycle refrigeration as a heating means.
single-package vertical heat pump (SPVHP): an SPVAC that utilizes reverse-cycle refrigeration as its primary heat source, with secondary supplemental heating by means of electrical resistance, steam, hot water, or gas.
single-rafter roof: see roof.
single-zone system: an HVAC system serving a single HVAC zone.

Linked Resources including Building Bulletins and TPPNs are integrated directly into the relevant code sections. Help unpack the code with documents from the DOB.

Compare this code to the corresponding document in another jurisdiction or code year.

Bookmark frequently used or relevant sections to your project. Drop in comments to help expand the code and communicate with your team.

Modify how amended sections are displayed.